We were told Joe Biden was the ‘safe choice’. But it was risky to offer so little…

This is an abridged transcript of remarks Klein delivered at Where Do We Go From Here? a Haymarket Books event on 6 November 2020

A great many people did not vote for Joe Biden, they voted against Trump. We have to recognize how narrow this win was.

These have been a harrowing few days. And these days have been more harrowing than they should have been. As we all know, Joe Biden won the Democratic primaries based on the claim that he was the safest bet to beat Donald Trump. But even if the Democratic party base was much more politically aligned with Bernie Sanders, or Elizabeth Warren, in their support for Medicare for All, a Green New Deal, for racial justice, the party was sure that Bernie Sanders was too risky. And so, as we all remember, they banded together and gave us Biden.

But I think that after days of gnawing our fingers down to the quick, it’s fair to say that Biden was not safe at all, as we always knew. Not safe for the planet, not safe for the people on the front lines of police violence, not ...

Instead of negotiating land surrenders in exchange for one-off payments and promises, this movement aims to put unceded land back under Indigenous control

In 2020, these have been the catalysts of fierce Indigenous uprisings from coast to coast and though they may seem disconnected from one another, they are not. All of these sites of struggle are united by a common philosophy and shared goal, one summed up in the short slogan that is rapidly gaining force in Indigenous movements across this continent.

Those two words lay out with stark clarity the goal of centuries of Indigenous struggle. The Land Back movement comes up from the most grassroots land defenders across the country, who now see their local battles as part of a larger mobilization to reassert Indigenous control over their traditional territories.

Read in The Globe and Mail
...

WRITING ABOUT “The Great Reset” is not easy. It has turned into a viral conspiracy theory purporting to expose something no one ever attempted to hide, most of which is not really happening anyway, some of which actually should.

It’s extra confusing for me to unpick this particular knot because at the center of it all is a bastardization of a concept I know a little something about: the shock doctrine.

But here goes nothing.

Republicans keep finding new ways to tell us that they don’t believe in democracy, and we should believe them.

THE CHORUS OF Republican voices echoing manufactured claims of mass election fraud hasn’t petered out yet. So, is it:

Message from the Future II: The Years of Repair

Can we imagine a better future? If we stop talking about what winning actually looks like, isn’t that the same as giving up?

DO WE EVEN have a right to be hopeful? With political and ecological fires raging all around, is it irresponsible to imagine a future world radically better than our own? A world without prisons? Of beautiful, green public housing? Of buried border walls? Of healed ecosystems? A world where governments fear the people instead of the other way around?

These are questions we wrestled with as we conceived of a sequel to last year’s Emmy-nominated short, “A Message From the Future with Alexandria Ocasio-Cortez.” The first film, co-written by the congresswoman and illustrated by Molly Crabapple, was set in a can-do, cli-fi future: one in which bold, progressive politicians joined with grassroots movements to launch the “Decade of the Green New Deal,” battling poverty, injustice, and climate disruption all at the same time. The film touched a nerve and ended up being viewed more than 12 million times, convincing our little team of the need for more art that departs from well-worn apocalyptic scripts.

How Not to Lose the Lockdown Generation

Lessons from the New Deal point the way forward in the era of Covid-19.

PICTURE THIS: You live in rural Arkansas and tragedy strikes. A family member has fallen ill with that contagious respiratory illness that has already killed so many — but you don’t have enough space in your small home to quarantine them in a room of their own. Your relative’s case doesn’t appear to be life-threatening, but you are terrified that their persistent cough will spread the illness to more vulnerable family members. You call the local public health authority to see if there is room in local hospitals, and they explain that they are all stretched too thin with emergency cases. There are private facilities, but you can’t afford those.

Under cover of mass death, Andrew Cuomo calls in the billionaires to build a high tech dystopia….

It has taken some time to gel, but something resembling a coherent Pandemic Shock Doctrine is beginning to emerge. Call it the “Screen New Deal.” Far more high-tech than anything we have seen during previous disasters, the future that is being rushed into being as the bodies still pile up treats our past weeks of physical isolation not as a painful necessity to save lives, but as a living laboratory for a permanent — and highly profitable — no-touch future.

VIDEO: Coronavirus Capitalism — and How to Beat It 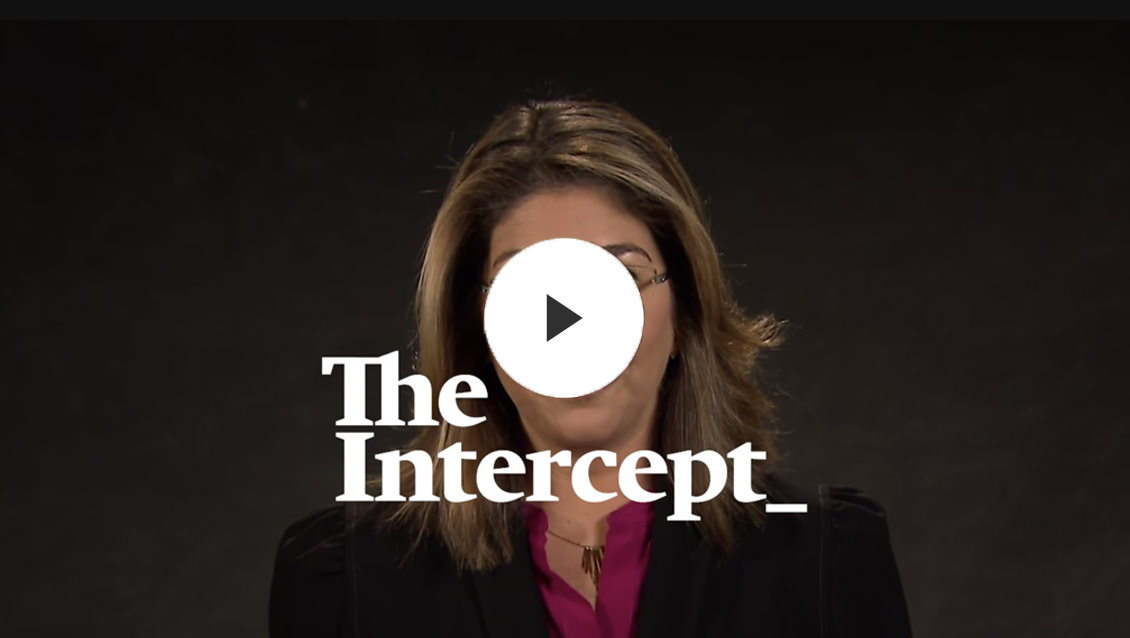 I’ve spent two decades studying the transformations that take place under the cover of disaster. I’ve learned that one thing we can count on is this: During moments of cataclysmic change, the previously unthinkable suddenly becomes reality. In recent decades, that change has mainly been for the worst — but this has not always been the case. And it need not continue to be in the future.

View on the Intercept
...

How the Transformative Power of Solidarity Will Beat Trump

It made for a tough juxtaposition. Late Monday night, CBS News reported that Bernie Sanders had just done exactly what many critics have long called on him to do: He asked his supporters to dial back the personal attacks on rivals in the Democratic primary and focus on substantial policy differences.

“We need a serious debate in this country on issues,” Sanders said. “We don’t need to demonize people who may disagree with us. … I appeal to my supporters: Please, engage in civil discourse.” He pointed out (rightly) that “we’re not the only campaign that does it. Other people act that way as well.” But he added, “I would appeal to everybody: Have a debate on the issues. We can disagree with each other without being disagreeable, without being hateful.”

November 25, 2019
By Naomi Klein and Sivan Kartha
As Bernie Sanders brings his plans for a Green New Deal to Iowa, one part is proving most resonant: the idea that, as our economy rapidly shifts to renewable energy, power companies should be publicly owned and controlled, and the biggest polluters should help underwrite the costs.

Interestingly, this is the part of the Sanders plan, which builds on the resolution introduced by Representative Alexandria Ocasio-Cortez of New York and Senator Ed Markey of Massachusetts, that has received the most pushback from media commentators — who have been quick to dismiss public ownership over renewables as impractical and radical.

Read on the Boston Globe
...